Teen Pregnancies on Rise in Alabama 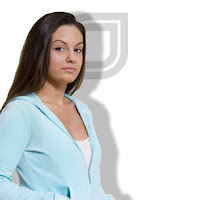 After years of decline, teen pregnancy rates increased in 2006 and 2007.

After nearly 10 years of steady decline, Alabama's teen pregnancy rate increased in 2006 and 2007, according to the Alabama Department of Public Health.

"We need to be aware that teen pregnancy is interrelated to health problems we're seeing with infant mortality," state health officer Don Williamson said in a press release. "Also, we're concerned that risk behaviors seem to be increasing among our teenagers."