It is difficult to always pinpoint the source of depression. But, one of the possible sources can be related to surgery.

If anesthesia is a related cause, the depression will emerged rather soon after surgery. To know for certain whether or not anesthesia could be the cause, it’s best to contact your doctor or anesthesiologist and ask them directly.

Pain medication interferes with one's mood and can cause severe mood swings. Depression and changes in mood are common side effects of some pain medications related to surgery.

Other medications may affect your mood as well.

Any serious surgery is a major ordeal. It can take months or years to fully recover. The recovery process can be very painful. You might have to learn how to walk correctly again. You may be bedridden for weeks or even longer. The reality of your situation might be the cause of your depression.

John Lauerman writes in Harvard Magazine that major surgery can have significant psychological after-effects. After a major surgical procedure, he says that some people feel vulnerable and anxious. They may feel unsure about the recovery process. They lack the energy they once had before an operation. They may have trouble sleeping. They may lose their appetite, and much more.

Essentially, major surgery disrupts your life. It’s usually painful and unpleasant. When you are not feeling well physically, it is understandable that you’d feel depressed. Everything that you’d normally do when you’re feeling well is much more challenging when you’re not physically well. It is always advantageous to see a counselor about your post-surgery depression.

There may be a medication that you could take temporarily that helps your mood to stabilize.

It would also be helpful to surround yourself with a good support system. Having a strong support system can help improve your mood while you recover.

We are always ready to help you at the Relationship Clinic.
Posted by Don G. Brock at 9:33 PM 1 comment:

Receptionist Yvonne at the Clinic 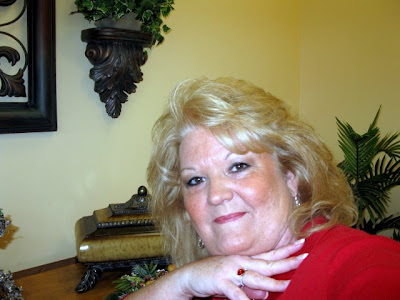 Merry Christmas from the Relationship Clinic 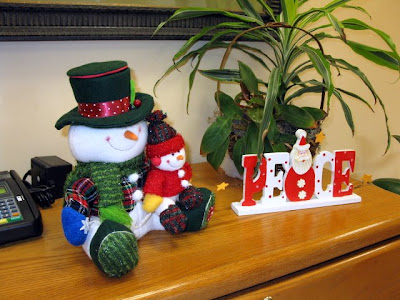 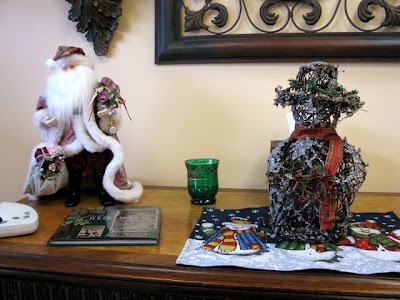 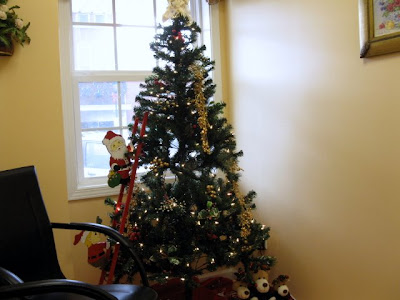 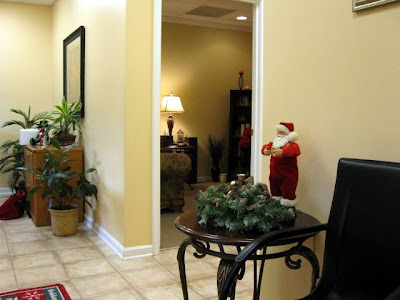 Some of the decorations at the Clinic.

Dr. Brock in his office at the Clinic 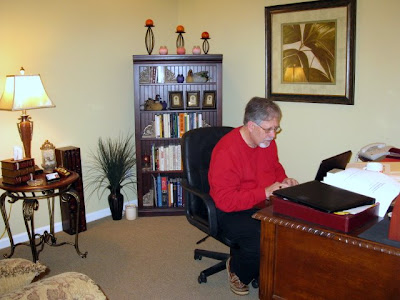 Preparing for the next client.

Popeye the sailorman clearly knows how to keep his mental health shipshape. If you turn your nose up at vegetables, Mayo Clinic researchers have found that you may be more prone to depression due to folic acid and B-12 deficiencies. Both vitamins play a role in producing neurotransmitters necessary for regulating mood. To keep that spring in your step, pair dark, leafy greens rich in folic acid, such as spinach or broccoli, with shellfish or fish, which contain high amounts of B-12.

A study conducted by Australia's Monash University found that women taking birth control pills are almost twice as likely to be depressed as those who are not on the pill. Progestin, a synthetic version of the female hormone progesterone used in the combination pill, has been shown to lower the body's serotonin levels, and progestin-only contraceptives, such as Depo-Provera injections, may worsen depressive symptoms.

There have been numerous studies linking alcohol abuse and depression in the past, but researchers at University of North Carolina recently found that abstinence after prolonged drinking may lead to depression. The study found that moderate social drinkers may experience depression-like behavior after 14 days without alcohol due to the brain's inability to produce mood-regulating neurons.

Brook Shields's acknowledgment of her use of therapy and drugs to combat postpartum depression sparked a public discussion about this common problem. Since then, research from the National Institute of Health has shown that 50 percent of new mothers experience feelings of restlessness and depression in the first two weeks after childbirth due to a combination of hormone fluctuations and stress.

Research has shown that people who exhibit certain personality traits, including aggression, excess worry and low self esteem are likely to have repeated bouts with depression. An American Journal of Psychiatry study conducted by Kenneth S. Kendler, M.D., a professor of psychiatry and human genetics at Virginia Commonwealth University, also determined that people who exhibit characteristics of neuroticism, including anxiety and instability, are more likely to develop major depression than their extroversive counterparts.

Prolonged use of anabolic steroids not only results in manic outbursts known as "roid rage," but can also exacerbate withdrawal symptoms and lead to mood swings, insomnia and a low sex drive. The National Institute of Drug Abuse reports that the most dangerous ramification of extended steroid use is depression, which can often lead to suicide attempts. Similarly, prednisone, a steroid given to leukemia and lymphoma patients to inhibit inflammation, can also cause depression.

Research documenting the effects of Accutane by The University of Texas has shown that the drug belongs to a group of chemicals called retinoids, which affect the nervous system and are capable of influencing depression-related behavior. Beyond the now-infamous acne medication, beta-blockers used to control hypertension, sleeping pills and, in some cases, cold medicine can also cause or aggravate depressive symptoms.

While the stress of living with a chronic illness may result in patient depression, biological effects incurred from diseases, including diabetes, Parkinson's, multiple sclerosis and hypothyroidism, result in a higher risk for depression. Research from the Parkinson's Disease Foundation has shown that at least 40 percent of patients experience clinical depression and that later stage depression may be due to a disease-related chemical imbalance.

Beyond struggling in the classroom and at work, children and adults combating ADD or ADHD may also experience depression. Diagnosing adults with ADHD proves especially difficult because symptoms of ADHD often mimic depression. According to the National Institute of Mental Health, adults often first seek help for depression before discovering that they actually have ADHD.

Is Your Marriage Normal?

If you're thinking something is missing, check out the six signs of a top-of-the-line relationship.

I picked up an eye-opening book a few years ago called In An Average Lifetime. Compiling data from a variety of sources, author Tom Heymann provides a wacky list detailing the amount of time that a "normal" American spends on certain activities throughout his or her life.

Here are several relationship building blocks you can use to construct a closeness with your children:

Can parents give too much to their kids? Of course! It's called "spoiling your children."

Many kids don't hear the word "no." Parents today tend to be weak and soft with their kids. They give in to their kid's demands because it's easier to buy whatever it is they want than to spend the time explaining why they won't buy it or deal with the sulking when the child doesn't get what they want.

In addition, many children don't know what it is to work for something. They are not given chores to do around the house. Rather than a strong work ethic, they grow up with an ethic of "give me."

The major problem is that as soon as the children grow up, their requests get bigger and more expensive. They expect to get everything they want. In the continued process of spoiling their adult children, parents will reach for their checkbook whenever their grown children ask for money to pay their credit card bills, parking tickets, medical expenses, real estate fees, car payments and insurance premiums.

Today parents buy their kids condos, clothes, new cars and vacations and don't expect a dime in return. Hardly anything they own is earned; it was all given to them by their hardworking parents. Something needs to be fixed.

The best gift you can give your child right now is to tell them they cannot have everything they want. They need to know that life is filled with disappointments and the world will not fulfill their every request and demand.

In life you will be disappointed. They will have to learn to live with it.

Yes, the economic scene has changed since our parents launched their lives. Young people today will spend a higher percentage of their income on rent than their parents did. Transportation and medical premiums are more costly. Add these financial obligations to an already existing college loan and credit-card debt; today's young people are finding it hard to make it.

Over-indulgent parents surely don't want their kids to feel what it's like not to be able to pay a bill. So they step in as rescuers. As a result young couples are ill-equipped when it comes to delayed gratification and self-help. They feel weak in the face of the responsibilities of life.

For adult children who are pulling their weight and working hard, you don't mind lending them money to buy a car or pay the security deposit on an apartment or helping them alleviate the burden of college-debt payments.

However, a limit should be set or a repayment schedule arranged. Even if an adult child is living at home, they should pay some rent if only to grasp they will have housing costs later.

According to parenting experts, the real problem with adult children is chronic rescuing. Some kids are bailed out on a majority of their dilemmas and never learn how to cope or make wise choices.

Parents are there to guide and teach, not to pamper and rescue. The best way to help children is NOT to help them. This may sound hard to some, but it is the only way they'll be able to build character and cope with the realities of life.