It is so easy to get stressed these days.

Watching the news makes you stressed. Checking the weather makes you stressed. Then there are the thousand shocks you must bear in just going about your daily life: You are driving and someone cuts you off. Your boss barks at you. All the salespeople are surly. You can't reach a human on the phone. Just before the deadline, your computer crashes.

But it doesn't stop there.

As soon as you get stressed, you see the world through stressful eyes. Then it's you who speaks in an abrupt, dismissive way. It's you who cuts off another driver, you who pushes past someone in the store. It's you snapping at your children. It's you jumping to conclusions. It's you making mistakes that cause problems down the line.

But what if we could stop the stresscalation?

"Stresscalation," as far as I can tell, is a term first coined by Ruth Dailey Grainger in 1992, in an article for the American Journal of Nursing. In that article, she uses the term primarily to describe how we exacerbate our own stress. For example, she cites obsessive thinking, living in the future, procrastinating and perfectionism as some of the ways we make our own stress worse.

But I am using the term "stresscalation" to mean the way in which we pass our own stress on to others, creating ever-expanding ripples of stress. I therefore see stresscalation not just as a personal health issue but as an ethical issue. To put it bluntly, when we pass our stress on to others, we violate the Golden Rule. We dump onto others what was just dumped onto us.

We might do this in flagrant ways -- shouting, blaming or roadraging -- or we might do it in more subtle ways -- sending a nasty look, using a brittle tone of voice, not giving someone the benefit of the doubt, treating others as if they were "in our way," or just being impatient with people because they happen to be younger or older or slower or more feeble or more ignorant or less important or more arrogant or more inconsiderate than we are.

But if we reframe stresscalation as an act of violence, a small but significant factor in making the world a more fearful, angry or jumpy place, then perhaps we could also consider stopping the stresscalation to be an ethical imperative.

Stresscalation is a political issue, too. Call me naïve, but I believe that most people genuinely want the world to be a more peaceful place. I also believe that most people think their actions are part of the solution (or at least not part of the problem). But I wonder how many times, each day, in the environments right near us, we actually make the world less peaceful simply by passing on our stress to others.

If we can't stop the domino effect of stress right here in our homes, workplaces and communities, how can we expect others to stop their conflicts in faraway places, in situations where the history of stresscalation is much deeper? If our political conversations are conducted from a baseline of stress, what kind of results can we expect? If our workplaces are emotionally toxic, what kinds of decisions do we make?

When you are stressed, it is simply impossible to think with a clear mind or to hear with an open heart. Consider this everyday example: When you are stressed, are you really able to listen to what someone else is trying to say? And if you are not really listening, what is the effect of that failure to listen on the person who is trying to talk to you? As she struggles to get her point across, or leaves the conversation feeling confused, frustrated, unsatisfied or unheard, what have you really accomplished?

But what if we made an ethical decision to not pass our stress on to others? What if we approached each business meeting, each political discussion or each private, difficult conversation first by trying to reduce our stress? Think of the reverberations if we could each reduce our own stress footprint -- if we could diminish our own contribution to the stresscalation -- in a small way, right where we are. Imagine if we were in the habit of taking a moment, regularly, to greet each new moment with fresh eyes, uncolored by the stress that came before.

As April is National Stress Awareness Month, I will be writing several articles here about stresscalation and how to stop it. I'd like to hear from you. How do you avoid picking up other people's stress? How could we do better at not passing it on? And what positive actions could we take today to make someone else's day less stressful?

Of course, stopping the stresscalation is not always easy. It's particularly challenging when someone has clearly just dumped his stress on you, and you are feeling aggrieved or resentful. But it really doesn't matter where the stress comes from, or whose fault it is. Once you are stressed, in that moment, it becomes your responsibility. You are holding the hot potato. And what you do with it is up to you.

[by Martin Boroson, author of "One-Moment Meditation: Stillness for People on the Go," and offers training in this technique in corporations, hospitals and online. His e-training course, OMM365, and a free animated training video are available at www.onemomentmeditation.com.]
Posted by Don G. Brock at 12:31 PM No comments: 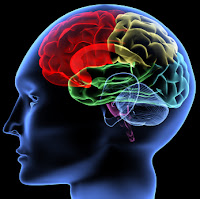 For Michael Prager, food used to be much more than a way to get his daily doses of nutrients or to satisfy a craving for a tasty treat.

As an adult, he often stocked up on junk food after work and ate almost all of it. Food controlled him so much, in fact, he felt the need to stop for food after getting off at midnight so he wouldn't have to go back out in the middle of the night.

Now 53, it took years of binge eating and yo-yo dieting to realize he had an addiction to food.

"I used food as a coping mechanism. It's similar to the way people use drugs, or alcohol, or shopping or sex."

That's an idea supported by a new study that found food may indeed be just like a drug.

In order to measure food addiction, the researchers used a scale similar to the one used to measure drug addiction.

"We got interested in this research because there have been a lot of interesting findings in looking at parallels between obesity and substance dependence. Studies have shown brain pattern similarities," said Gearhardt.

"Anticipation of a delectable treat provided the greatest activation, even more so than getting a taste of it," said Bonnie Levin, director of the Division of Neuropsychology at the University of Miami School of Medicine. Levin was not involved in the study.

Food addicts exhibit many of the symptoms as those addicted to drugs and alcohol, including an obsession or preoccupation with food, binge eating and a lack of control over eating. Food addicts are often criticized about their inability to say no to overeating.

Not all food addicts are obese, and not everyone who overeats is a food addict.

"We saw the same brain activation patterns in lean participants as well as the obese ones," said Gearhardt. "BMI [body mass index] is not a good indicator about whether you're out of control with eating."

Experts say there's a lot of stigma surrounding food addiction, including the assertion that it's just an excuse for overeating and avoiding personal responsibility. In reality, food addicts are driven to eat.

"Part of the brain responds to anticipation of a reward," said Levin. "Some people can resist it and others cannot."

"I wanted no part of the realization that I had an addiction," said Prager. "Everyone thinks obesity is a matter of sloth and that obese people need to try harder."

Although it may seem that an addiction to heroin, cocaine or alcohol is more dangerous, experts say an addition to food is just as serious. Obesity is associated with a number of serious health problems as well as soaring health care costs.

"We already see such a large amount of people struggling with obesity, but kids are also eating a lot of unhealthy foods. The earlier people are exposed, the more likely they are to develop an addiction," said Gearhardt.

The study's authors also hope future studies can determine how the brain responds to food ads and whether certain foods are addictive. With that knowledge, they believe, advertising can be used to send healthier messages about food.

Addicted to Food," premieres on the Oprah Winfrey Network. The eight-episode series follows food addicts and others with eating disorders at a treatment facility with the goal of addressing issues that led to their problems with eating and finding their way to recovery.

Prager knows all about that long road to recovery. After years of therapy, he realizes now that food no longer controls him. He even wrote a book about it.

But as with most addicts, it's a battle he fights every day.

"There's no such thing as solving something forever. You have to take it one day at a time." To read Michael Prager's blog click here.

The following questions are part of the survey done by researchers at Yale University to help determine if you could have a food addiction.

1) I find myself consuming certain foods even though I am no longer hungry. THRESHOLD: 4

2) I worry about cutting down on certain foods. THRESHOLD: 4

3) I feel sluggish or fatigued from overeating. THRESHOLD: 3 or 4

4) I have spent time dealing with negative feelings from overeating certain foods, instead of spending time in important activities such as time with family, friends, work, or recreation. THRESHOLD: 4

5) I have had physical withdrawal symptoms such as agitation and anxiety when I cut down on certain foods. (Do NOT include caffeinated drinks: coffee, tea, cola, energy drinks, etc.) THRESHOLD: 3 OR 4

6) My behavior with respect to food and eating causes me significant distress. THRESHOLD: 3 OR 4

Answer options for this section: No Yes

8) I kept consuming the same types or amounts of food despite significant emotional and/or physical problems related to my eating. YES or NO

9) Eating the same amount of food does not reduce negative emotions or increase pleasurable feelings the way it used to. YES or NO