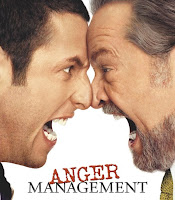 A growing number of teens are suffering from anger attacks!

That's the finding of a new study from Harvard University.  Researchers studied 10,000 teenagers and asked them things like, "How often do you get angry?" and "What do you do when you're upset?"

The result?  About 10% of teenagers regularly have "anger attacks," where they go from "0 to 60 mph" in seconds, and get so fired up that they destroy property, or become violent, getting into fights, or punching holes in walls.  What they're suffering from is called "intermittent explosive disorder," or IED, and it can last a lifetime.

How do you know you have it?  If you blow up at least twice a week, and get so angry you're likely to damage property, threaten others, or hurt somebody.

Experts say that people who suffer from IED also have fewer friends, are more likely to be divorced, and are less likely to have a decent job.  Also, studies show that being chronically angry increases your risk of heart disease and stroke.

So what can you do if that diagnosis sounds all too familiar?

They need to find a way to deal with their angry feelings and channel their energy.  One trick is to do something incompatible with anger.  In other words, distract yourself with a movie, a game, or your favorite magazine until you calm down.  But the experts say, most people with IED do need counseling to help manage their behavior.

Want To Avoid Dementia and Alzheimer's?

An active lifestyle helps preserve the brain's grey matter and lowers the risk of dementia and Alzheimer's disease (AD), says a new study.

More than 35 million people worldwide are living with dementia, and the numbers are expected to double by 2030, according to the World Health Organization. AD is the most common cause of dementia and is incurable.

Raji and colleagues recently examined how an active lifestyle can influence brain structure.

They studied 876 adults of an average age of 78 years, drawn from the multi-site Cardiovascular Health Study.  The patients' conditions ranged from normal cognition to Alzheimer's dementia, according to an UCLA statement.

"We had 20 years of clinical data on this group, including body mass index and lifestyle habits," Raji said. "We drew our patients from four sites across the country, and we were able to assess energy output in the form of kilo-calories per week."

"The areas of the brain that benefited from an active lifestyle are the ones that consume the most energy and are very sensitive to damage," Raji added.

"What struck me most about the study results is that it is not one but a combination of lifestyle choices and activities that benefit the brain," Raji said.

"Virtually all of the physical activities examined in this study are some variation of aerobic physical activity, which we know from other work can improve cerebral blood flow and strengthen neuronal (brain cell) connections," he said.

Researchers used magnetic resonance imaging (MRI) and a technique called voxel-based morphometry, "an advanced method that allows a computer to analyze an MR image and build a mathematical model that helps us understand the relationship between active lifestyle and gray matter volume," said Raji.

These findings were presented at the annual meeting of the Radiological Society of North America (RSNA). 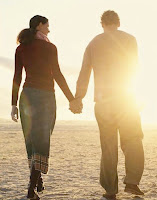 Couples counseling isn't just for unhappily married couples anymore, or longtime partners struggling to salvage their relationship.  These days, even people who've only been dating a few months are going to couples' therapy!  But why would a new couple want to go to therapy?

For starters, there's a whole generation of young adults who lived through their parents' divorces and they don't want to make the same mistakes.  Another factor is, these days, we hire pros for all sorts of things - we have personal trainers, fashion stylists, and life coaches.  So, some people see couple's counseling as an alternative to getting advice from friends, and they hire a pro to do it.  And it can also be especially helpful for young couples who've grown up texting and tweeting.  They have a harder time communicating face-to-face in every aspect of life - especially when it comes to their relationships.  That’s why we are seeing more young adults, and new couples, coming in for help.  So, how do you know if you need a counselor, or if you can work things out on your own? 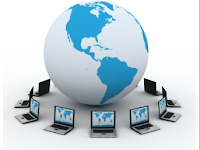 The latest trend in therapy is videoconference sessions, which means, no matter where you are, you can have a private session with your psychologist, or counselor via Skype or FaceTime on your computer, iPad or smart phone.

Clients appreciate online therapy sessions, because they can schedule an appointment anywhere, at any time. And a lot of them feel they need less therapy because their counselor is always just a click away.

And a lot of therapists like live video sessions because they can work from home, instead of renting an office. They also no longer have to worry about canceled appointments because of blizzards, broken legs, or business trips.  And they can still treat patients if they, or the patient, moves away.

There are some drawbacks, but it works well enough to grow a trend.  Kinks are still being worked out, but studies show that patient satisfaction is just about equal whether they interact with their therapist face-to-face, or online.  So, online therapy sessions are here now at the Synergy Counseling Center.

If you'd like to set up an appointment for a Skype or FaceTime counseling session, call 256-273-7216 anytime day or night.  We can also do most assessments online.
Posted by Don G. Brock at 12:59 AM No comments:

I submit for your reading pleasure a NY Times essay by Oliver Sacks.  Dr. Sacks suggests there may be some other possible reasons why you might hear or see or feel something that isn't heard, seen, or felt by others.  In fact, he points to research that a large portion of those who do have these experiences never tell others or doctors about them for fear of being labeled falsely with schizophrenia.
Posted by Don G. Brock at 3:32 PM No comments: