There is now a support group for people who experienced divorce in DeKalb County Alabama.  This is a community service.

The results of a University of Chicago study on preventing homicide among young men are a start toward solving that city’s (and other cities’) plague of violence.

The National Bureau of Economic Research has released data from the university’s Crime Lab that shows that cognitive behavioral therapy—in which young people are taught to observe their thought patterns and change them—can prevent homicide, at least while the therapy is ongoing.

The theory behind the study was that a large percentage of the violent acts of young people are not planned.  Instead, they occur almost instantaneously, when conflict erupts and horrible reflexes (like using a knife or a gun in a moment of rage) are triggered.  If, the researchers theorized, that instant could be almost frozen in time, allowing for a bit of reflection, then a kid might walk away from a beef, rather than throwing everything away to settle it.

So the researchers, including Jens Ludwig, director of the Center, enrolled 1,400 at-risk youth,  in grades seven through ten, in a 30-week program called Becoming a Man.  The program used discussion groups and behavioral exercises to make the boys and young men examine how assumptions about other people and about situations and about themselves can fuel arguments and violence.

In one exercise, for example, half of the kids were given rubber balls, and the other half of the kids were told to get the balls from them.  The result:  wrestling matches, chase scenes and actual fights over them.  But then the instructor made his point:  Why hadn’t the kids without balls simply asked the other kids to toss them the balls?  Why had they assumed that their partners in the exercise would refuse?  Wouldn’t it have been easier to talk about the fact that the rubber balls weren’t anything to brawl over?

Mind you, the researchers didn’t go around collecting knives and guns to prevent violent crime.  They didn’t assume that the weapons were responsible.  They assumed that bad choices—without any time to think—were responsible.  They decided that people getting control was what had to happen, gun control.
What happened?  Well, for about a year, the young people enrolled in the study showed a 44 percent reduction in arrests.  Then, after a year, the arrest rate drifted back up—meaning, the effect of the training was temporary.

That’s still a stunning finding, though.  Because if one kind of psychotherapy can reduce arrests by 44 percent – even for a year – then the idea of using proactive counseling to prevent crime has merit.
Of course, we psychiatrists have long advocated for using psychotherapy to prevent violence.  It saves vast amounts of money, in the long run and it is the human thing to do.

The University of Chicago Crime Lab experiment should be expanded and, as researchers already are planning, attempts to make its effects more lasting should be developed and tested.
Gun control does nothing.  Helping people achieve self-control is the answer.

[by Dr. Keith Ablow, a psychiatrist and member of the Fox News Medical A-Team]
Posted by Don G. Brock at 11:01 AM No comments: 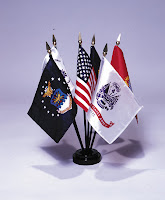 The National Weather Service has issued a Winter Weather Warning for Thursday, January 17, 2013.  Thus, the Synergy Counseling Center will be closed.  We apologize for any inconvenience this may cause, but we want our staff and clients to avoid any travel risks.

All appointments for January 17 will be rescheduled.
Posted by Don G. Brock at 12:28 AM No comments: 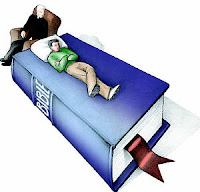 Integrating spirituality and/or religion in counseling, when appropriate, can be an effective strategy for facilitating insight, hope, and change (Bowen-Reid & Harrell, 2002).  Moreover, integrating a spiritual perspective in counseling may be a necessary approach to ensure culturally sensitive and ethical counseling practice as integration is mandated by the American Counseling Association’s (ACA) Code of Ethics (ACA, 2005; Carone & Barone, 2001; Robertson, 2010).  The Council for Accreditation of Counseling and Related Educational Programs (CACREP) further substantiated ACA’s position by recommending standards for social and cultural diversity curriculum that include spiritual orientation and religious values (CACREP, 2009; Willow, Tobin & Toner, 2009).  Finally, spiritual assessment is directly addressed in ASERVIC’s newly revised Competencies for Addressing Spiritual and Religious Issues in Counseling (2009).  Competency Ten reads: “During the intake and assessment process, the professional counselor strives to understand a client’s spiritual and/or religious perspective by gathering information from the client and/or other resources.”  This competency directly addresses the need for the appropriate and ethical integration of spiritual assessment into the counseling process.

1. Spiritual assessment allows for a better understanding of the client’s context and worldview, an essential element of ethical and culturally competent practice.
2. Self assessment is a necessary activity to help counselors clarify their own spiritual values (e.g., self-exploration activities such as a spiritual autobiography or timeline) before trying to help clients incorporate their spirituality into healing.
3. Continuous self-assessment in terms of the counselor’s spiritual domain allows the counselors to self monitor to avoid any violations of ethical principles, such as imposing one’s values onto the client.
4. Spiritual assessments provide counselors with tools that will assist in determining if the client would be served in a more productive way with the inclusion of spiritual issues in counseling.

What do couples fight about?

The number one cause of divorce in America is infidelity.  The number two cause is financial issues.  Couples fight more often about money than anything else.  And a study at Utah State University found that couples who disagree about their finances once a week are 30% more likely to divorce than couples who disagree once a month.  So, here’s how to cut back on the friction about your finances: