When You Are Separated From Those You Love 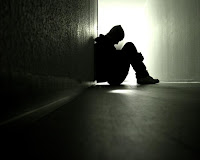 The Christmas holidays tend to magnify the loneliness we feel when we're separated from the ones we love. Many of us have lost our roots, or never had any to begin with, and that can cause loneliness. We can experience the loneliness of separation because of military service, or a career, or an illness.

Focus on the needs of others - Get your eyes off yourself and focus outward. Look at how you can serve other people. The Apostle Paul focused on telling more people about Jesus: "But the Lord stood at my side and gave me strength, so that through me the message might be fully proclaimed and all the Gentiles might hear it" (2 Timothy 4:17 NIV).

Focus on your purpose - Even when the Apostle Paul was isolated in a prison, he never stopped living out his purpose. He wanted everybody to know about God's love.

When you're lonely - Stop building walls and start building bridges! Instead of saying, "I'm so lonely," say, "Father, help me be a friend to people who need a friend. Help me to help lonely people." That is the antidote for loneliness.

You can help others become rich in relationships by giving them the gift of YOU.

Rule #1: Listen to Your Gut
Whether you’re on a date, communicating with someone you meet online, or flirting with a cutie you meet in person, it’s important to pay attention and listen to your gut. If a potential date’s actions or words set off an internal alarm system, you owe it to yourself to pay attention and act accordingly. These alarms can be both good and bad. For example, how about if you’ve met someone online and they seem interesting- enough to talk on the phone, right? But then you talk to them on the phone and they sound completely different (in a negative way)- you may decide not to meet them in person. A positive example would be if you were on a date with someone and they seemed nervous but well intentioned, your gut might tell you to give them a second chance. By going on a second date, you’ll gain a better understanding of who they really are and if you’d like to see them again.
Rule #2: Pay Attention to Red Flags
Like those internal alarms that alert you to your gut feelings, you also have an alarm system to alert you to red flags. Sometimes this alarm system is turned way down. As a result, we often ignore red flags and find ourselves getting involved with inappropriate partners because we’re not paying attention. Wrong move- you owe it to yourself to become a red flag specialist- especially on a date. An example of a red flag would be if you found yourself on a date with someone who could not stop talking about their ex. They may be a fantastic person, and eventually make a great partner, but right now they’re not ready. Your job is to pay attention to that red flag and not pursue them.
Rule #3: Actions Speak Louder Than Words
During the course of your dating life you'll most likely find yourself on a date with someone whose actions speak much louder than their words. Maybe they’re attentive and chivalrous to you, but treat the waiter, bartender, and/or valet poorly. Or maybe they claim they’re ready for a long-term relationship, but their wandering eye tells you otherwise. To get the most out of your dating life, it’s important to understand that actions speak louder than words. When someone’s actions are contrary to their words, this is not only a red flag, it’s gut-check time. By paying attention and screening out potential partners whose actions don’t match their words, you cut down on wasted dating time and make it that much easier to attract potential partners worth your time and energy.
Rule #4: Don’t Play Games
Successful singles know what goes around comes around. They also know the importance of being honest and well-intentioned with the people they date. As a successful single, you owe it to yourself and the individuals you date not to play games. Call when you say you’re going to call. Do what you say you’re going to do, and be honest when the other person asks if you’d like to go out again. If you don’t want to see them again, say so in a kind and considerate way. By being honest and letting them down easy, you avoid playing games. Expect the same in return. If you don’t get it, don’t play games by taking that out on the next person you date.
Rule #5: Know When to Say “Game Over”
Just as you should not play dating games, you will want to avoid getting played. Like it or not, there are plenty of players on the dating scene. It’s up to you to know the signs of the player, know their game, and be confident enough to say “game over.” Here’s where that all important "gut-check" pays off- know how to spot a player. A little too charming? A little too self-deprecating? A player wants to engage you in the game. So call it for what it is, and instead of falling for their tactics, simply smile, say “game over,” and walk (better yet, run!) away.
[Research by John Tesh]
Posted by Don G. Brock at 11:44 PM 2 comments:

Footprints in the Sand