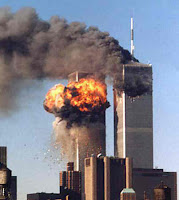 Wednesday, the New York City's Department of Health released data from a public health registry that tracks the health effects of 9/11.

The report — released in the Journal of Urban Health — suggests that as many as 70,000 people may have developed post-traumatic stress disorder as a result of the terrorist attacks. The 71,437 people who enrolled in the World Trade Center Health Registry agreed to be tracked for up to 20 years after the Sept. 11, 2001, attacks.

The recent report suggests of the estimated 400,000 people believed to have been heavily exposed to pollution from the disaster, 35,000 to 70,000 people developed PTSD and 3,800 to 12,600 may have developed asthma. Overall, half of the respondents said they had been in the dust cloud from the collapsing towers; 70 percent witnessed a traumatic sight, such as a plane hitting the tower or falling bodies; and 13 percent sustained an injury that day.